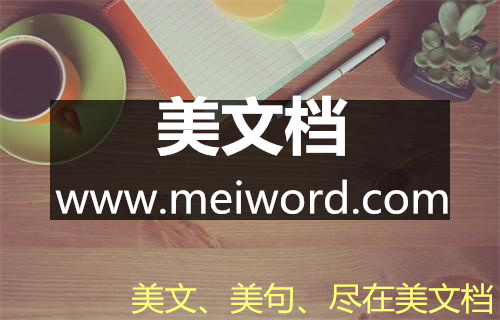 My son Joey was born with club feet. The doctors assured us that with treatment he would be able to walk normally - but would never run very well. The first three years of his life were spent in surgery, casts and braces. By the time he was eight, you wouldn't know he had a problem when you saw him walk .

The children in our neighborhood ran around as most children do during play, and Joey would jump right in and run and play, too. We never told him that he probably wouldn't be able to run as well as the other children. So he didn't know.In seventh grade he decided to go out for the cross-country team. Every day he trained with the team. He worked harder and ran more than any of the others - perhaps he sensed that the abilities that seemed to come naturally to so many others did not come naturally to him. Although the entire team runs, only the top seven runners have the potential to score points for the school. We didn't tell him he probably would never make the team, so he didn't know.He continued to run four to five miles a day, every day - even the day he had a 103-degree fever. I was worried, so I went to look for him after school. I found him running all alone. I asked him how he felt. "Okay," he said. He had two more miles to go. The sweat ran down his face and his eyes were glassy from his fever. Yet he looked straight ahead and kept running. We never told him he couldn't run four miles with a 103-degree fever. So he didn't know.

Swine flu has yet to escalate into a global pandemic, but here's what to do if it does 5 Ways to Protect Yourself (and Others) from Swine Flu Experts say that the steps you should take to shield yourself from swine flu are not much different than those you might take to ward off seasonal flu.

Above all, keep your hands away from your eyes, mouth and nose, all of which serve as pathways for the virus to enter your respiratory tract, says Allison Aiello, an epidemiologist at the University of Michigan School of Public Health in Ann Arbor.

If you must touch your face, scrub your hands, getting under the fingernails and inside all crevices, for 20 to 30 seconds with hot soap and water beforehand, Aiello says. "In addition to dislodging dirt that may contain virus particles, soaps contain surfactants [the primary components of detergents] which can damage the lipid [fat] protecting virus particles,“ she explains. Soap should therefore be effective against all flu viruses.

3. Use a hand sanitizer

No sink nearby? Then use an alcohol-based hand sanitizer, Aiello advises. About a quarter-size spot, rubbed all over the hands until the sanitizer evaporates (usually 10 to 15 seconds), should do it. Alcohol can inactivate viruses by destroying the structure of their proteins, she notes.

4. Cover your nose and mouth

When someone sneezes or coughs, liquid droplets packing flu viruses can travel as far as three feet (one meter) through the air and descend on your nose or mouth, so it‘s best to maintain at least an arm‘s-length distance when talking to someone who shows signs of infection, says Louise Dembry, director of epidemiology at Yale–New Haven Hospital in Connecticut. And to protect others, cover your mo.

With the development of science and technology,people's lives have been greatly changed.There is no doubt that we benefit a lot from the scientific advancements in many different ways.For instance,the invention of computers dramatically increases work efficiency and helps complete many difficult tasks that were impossible in the past.Apart from this,new discoveries and technology in medicine improve people's health,which allows them to enjoy a longer life.The progress of science also enlarges human's ablilities to explore the world around them,from up into space to deep under the sea.Thanks to the development of science and technology,human society has enjoyed continuous prosperity and more convenience.

However,just like a double-edged sword,science can cause problems too.It is known to all that the nuclear power,an environmentally friendly source of energy,can also be developed into a weapon of mass destruction.In addition,human cloning,which is expected to cure many serious diseases and save lives,may bring disasters of social morality.As a matter of fact,most of the improvements in science are made at the cost of our precious natural resources and have done great harm to the environment where we live in.

Therefore,how to deal with the progress of science and technology properly is worth our careful consideration.

Which is more important, health or wealth? When given this question, different people have varied answers. Some insist that health plays a more important role in our life, while others see more advantages arising from wealth.

The first group of people quote the old saying "Health is above wealth" to prove their idea. They argue that, on the one hand, a strong person can do almost anything as long as he/she tries hard. On the other hand, however, rich people will not be able to enjoy the wealth if their days are numbered.

In contrast, the advocates of wealth have such arguments as follows. For one thing, wealthy people will be able to buy more healthful foods. For another, they can enjoy better facilities to improve their health.Take my neighbor, Lao Wang, as an example. He had a heart attack and is in hospital. However, he cannot afford the expensive operation, which costs as much as 100,000 yuan. therefore, he has to lie in bed hopelessly. If he were a rich man, his life could be saved.

I'd like to introduce my friend to you, Mr. Li Ming, who is going to apply for a position with your firm. He graduated from college three years ago and since then he has worked as a lawyer. He is good at English and knows some Japanese and German. He works hard and is careful in everything he does. He is honest, kind and easy to get on with. He was born on August 21st, 1980 in Qidong, Jiangsu Province, China. He is married and lives at No 148 Renmin Road, Qidong city. His telephone number is 0513-83335550. He shows great interest in your firm. If he is accepted, he will do his best. I’m sure he will be fit for the position. I’m looking forward to your early reply.

English is my favorite subject, because it‘s such a widely used language. It is important for everyone to learn English well in our rapidly developing world.

English has now become an international language, because it is used by almost every country in the world. If you want to do business with foreigners, you have to learn English, because most of them speak and write in English. English is one of the working languages at international conferences. Today, many great reports, papers, and books are written in English, so if you want to read them, you must know English well. If you know English, you can also understand people from other countries better and contribute more effectively to world peace.

No matter what you do in the future, English will always be important. So we should pay more attention to learning English in order to make our country powerful, competitive, and international.

Ms Jerry is a foreign teacher. She oomes from New Zealand. She is thirty-one years old. She has fair hair, white skin and gray eyes. She is tall and slim. She looks very kind. And in fact, she is kind indeed.

Ms Jerry is a good teacher. Although she only comes to our school twice a week, yet she is very responsible to her work and strict with her students. Once. she was ill, but she went on giving us lessons. When we learned this, we all listened to her even more attentively than usual.

Ms Jerry is such a good teacher that all of us love and respect her.